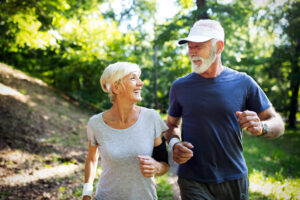 In August, 2020, an investigational product which is designed to remove amyloid plaque from the brain of patients with mild memory loss and a diagnosis of Alzheimer’s Disease was submitted to the FDA for review. This submission was undertaken because the medication was found to significantly slow the decline of memory in those who received the medication compared with those who did not. If approved by the FDA, this will represent the first medication in the history of mankind which would be available to those with early symptoms of Alzheimer’s Disease.

These events have prompted the start of a study in patients with no memory loss symptoms but who have a high risk of developing Alzheimer’s Disease to see if onset of the disease can be prevented or slowed. The medication being used is not the one described in the paragraph above but works in a similar way to remove amyloid plaque from the brain of patients.

The study is being conducted to determine whether the removal of plaque from the brain can lead to the prevention of Alzheimer’s Disease. The study will continue for 4 years with routine visits throughout this time to receive medication and undergo further testing.

You will be reimbursed for your participation.

Want to participate? Fill out the interest form! Click to Call Us!